I beg to differ 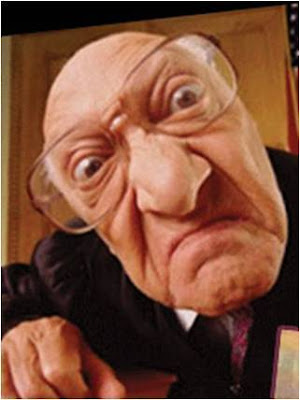 A few days ago, our friend, Ms Rose in Morelia sent me a link to an article entitled "Hotelier Carlos Couturier's Insider Guide to Mexico City." You can read it here.

I wasn't too dumbfounded by the opinions of Sr. Couturier. As I wrote to Ms Rose,

Thank you. It’s so interesting to read others’ opinions, which are so radically different than mine. And there’s so much bullshit about restaurants that IMO don’t really deserve their reputation.

"What’s the up and coming neighborhood to watch out for?
I really like San Miguel Chapultepec. Most of the interesting art galleries are based there. It's centrally located, near a park, bike friendly and smart.”

Me: "In April, 2013, stayed three nights at an Airb&b* property in SM Chapultepec, “The Best (or Great) House in SM Chapultepec". That stay was the final nail in the b&b coffin for me. (Looking at the Airb&b page, I’m reminded of another aspect that really annoys me: Host reviews of guests. What is this, a grade school report card?)"

Me: "The neighborhood is boring, boring! There’s hardly anything of interest there. At least, we didn’t find anything. There’s a dearth of good restaurants. The best known, La Poblanita de Tacubaya, was terrible. (Our hosts liked it.) The best place was the Amor Casero ice cream stand, close to our B&B. Street food was almost non existent.

We did find a just passable pizza place. I enjoyed shopping in the huge Soriana. Another highlight was getting a haircut. It was that dull.
https://goo.gl/maps/Q6MU4RrURDC2
The best feature were the MetroBus stations, swift ways out of that dull neighborhood.

Back to Hotelier Carlos:
"Local spots so good they make the traffic in the city worth it.
Contramar is still the best place for lunch. For contemporary mexican cuisine, Amaya, by chef Jair Tellez, is the new "it" place. Havre 77 has a great atmosphere and the food is creative. For the vibe and authenticity, Restaurant Covadonga, and for late night, the one and only M.N. Roy (Frank Lloyd Wright meets the aztecs).”

We ate at Contramar in 2004, with a local amiga and her then teenage son. I wasn’t in a good mood to start with, and I had a lousy, inadequate meal. The noise level was unbearable. It was like eating in an aircraft hangar, (the room was a barely remodeled bodega) with all engines on. I never want to go back, and I can’t understand the allure of Contramar for so many people.

COVADONGA! We ate there maybe twice, because it’s right next to our old lodgings at the Hotel Embassy. The food is totally pedestrian, and somewhat overpriced. The service indifferent. We had Calamares a la Romana, perfectly ordinary; Sra. Cuevas had a soup which was o.k. I had a Solomillo (filet steak) en Salsa de Queso Cabrales, which was so pungent with cheese that I couldn’t finish it. I like strong flavors, but this sauce threatened to remove the lining of my mouth.

Next time, we just went for drinks and some snack which I don’t remember. The place does have atmosphere, it's an old Asturian expats club, old men playing dominoes. Yet little or no attraction for the serious diner. It's another Old School establishment running on undeserved reputation. (Another such is the Salon Corona, in Centro, which is Legendary, of Mythic Reputation. It’s really just an o.k. cantina, nothing special. Good place for a drink and a torta. BFD.


Those are my negative, contrarian opinions for today. In my next post, I hope to offer more positive thoughts, a guide to the best Mexico City restaurant websites.
Posted by Don Cuevas at 6:26 AM