Highlights of a Holiday Feast 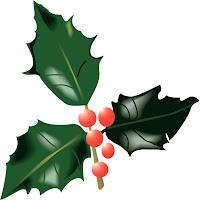 Old friends and new gathered at the Hacienda Cuevas for a Christmas feast. I will touch on some of the highlights of that meal. I'll indicate with strikeouts which items changed and what took their place.

This was the draft menu, which of course changed in the making.

Christmas Dinner 2009
Assorted botanas, from Eduardo and Rosalba.
Chipotle Apricot Cream Cheese Spread with crackers and tostadas.
Sweet Pepper Cups with dip and sticks of carrot and jícama, from Barbara.

Ensalada Rosaura with vinaigreta y aderezo de aguacate.
(Mexico-The Beautiful Cookbook)
Pierna de Cerdo Adobada con su jugo. (unfortunately, all the jugo/jus evaporated in the roasting. I ended up making a semi-ersatz brown gravy from a jar of Knorr-Suiza Demi Glacé powder. Not bad, but neither the greatest.)

(The Pierna, weighing in raw at 5.80 kilos (almost 13 pounds, and the smallest we could find at Costco.), using recipes from various sources, notably Mexico-The Beautiful Cookbook. It marinated over night, covered with a spicy adobo, then roasted for 5 1/2 hours. The results were good, but the flavor of the adobo didn't come through as I'd hoped.)

Cheese Grits Souffle Passed over for a fruited curried rice pilaf. The Cheese Grits Souffle was just too last minute, and I had doubts about the recipe balance.
Baked Sweet Potatoes, Apples and Cranberries, from Shirley and Ernie.
Green Beans with sweet red pepper, contributed by Barbara.
Dinner rolls and butter
Chilled Sparkling Cider
Sodas (No one partook.)
Assorted wines and beer. No one drank beer, but the pierna was basted with Cerveza Noche Buena.
Pecan Pie, by Geni
Pumpkin Pie
Whipped cream.
Coffee

A few photos...uncredited photos are by Don Cuevas. 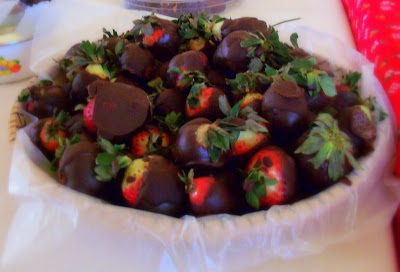 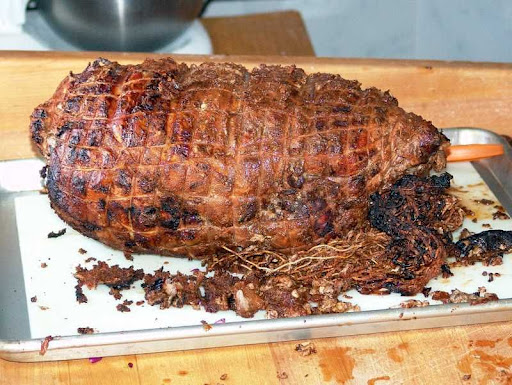 Pierna after...
Photo by Geni Certain 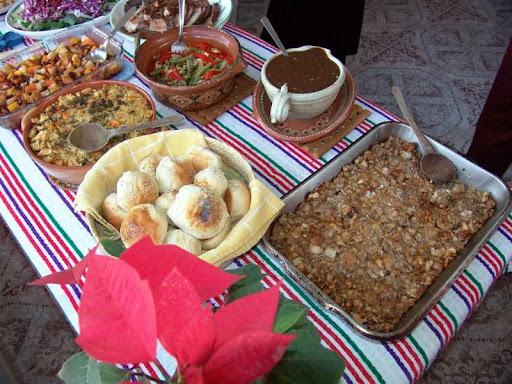 The "Spread". Photo by Geni Certain

Pumpkin Pie, by your blog host. 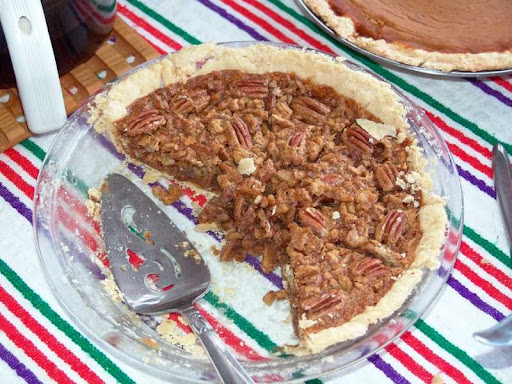 Pecan Pie, by Geni. (Photo also.)
Ginger Whipped Cream
I may get energized to write some details of the cooking. I won't promise.

Saludos,
Don Cuevas
Posted by Don Cuevas at 6:33 AM

One big feast Amigo, sorry I missed it!
I could have brought the accordion.

I'm sure all the other guests would have enjoyed hearing your performance.