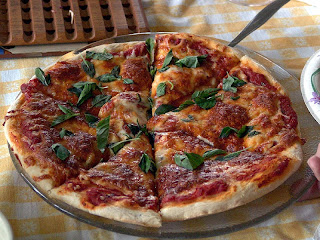 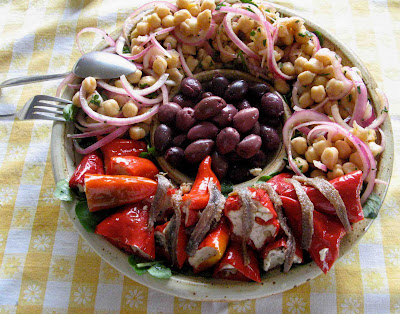 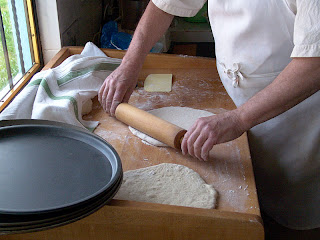 I note that this post was planned to precede the one on Attack of the Killer Tomatoes, but there was a time-space discontinuity that unexpectedly occurred, and así es.
Update: Through the use of Post Options, I was able to alter the Continuum. Magic!
Posted by Don Cuevas at 12:08 PM

oh my gosh-with a menu like that, i'd almost be willing to pay the airfare to come to your next pizza party.

i lived in sicily for 2 years and your food looks as good as anything we had there.

let's see, where do you live again? yes, i know, i'll read your profile to find out. heck if you're anywhere near patzcuaro or sma maybe i'll hire you to cook our 30th anniversary dinner when we come down to celebrate in 1 1/2 years. you don't hire out, well, you can just invite us as new friends ;-)

i enjoy your blog the only problem is that it always makes me hungry.

have a great weekend!

so you live in patzcuaro. that's what i thought. plan on company in mid august 2011. you can replicate your menu for our 30th anniversary.

Teresa, you never can tell what may come to pass. In August, 2011, si Dios me presta el tiempo, I may be able to do that.
We should be able to grill pizza, weather permitting.

i will keep in touch.

by the way, i'm cuban so spanish is my first language.

Wow that looks good. I am going to try the sausage recipe too. I'm pretty sure that I can get all the ingredients here.
My cooking blog gets neglected because I also hate typing recipes. It just seems to take forever.
I had those stuffed peppers at a party, the hostess fessed up to buying them at Costco too.
I love my pressure cooker, it is amazing how fast you can cook beans in it. My microwave expired sometime last year and I only miss it on occasion but I use the pressure cooker a couple of times a week.
regards,
Theresa

I said it before , you need a nice wood burning brick oven outside, use it for pizza and it also would look real cool!