We had a date with our friends in Colonia Roma to eat at Fonda La Veracruzana, on which I reported last year. We had a morning free, so on impulse and to further the search for a really good café espresso, we decided to walk to Café La Habana. We'd passed it as we rode to El Bajío on Saturday.

The walk was pleasant and easy, and we got to see the famed Reloj Chino.

Café La Habana is not far beyond, at the corner of Avenida Morelos and Av. Bucareli. 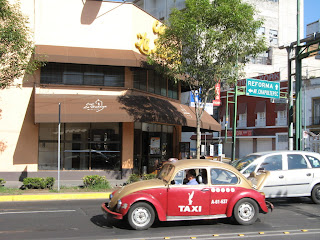 La Habana is a place I've read about for years but until recently never visited. It has an atmosphere of history and nostalgia. It's said that Fidel Castro and co-revolutionaries plotted the invasion of Cuba while sipping cafecitos in the restaurant.


But after ordering coffees and breakfasts, we concluded that while it's a pleasant enough place, the fare is ordinary. There are cool holders for the glasses in which the coffee is served. Café con leche, here called "Café Habana" is poured at table. It's o.k. The Café Cubana, served black, was more to our taste. 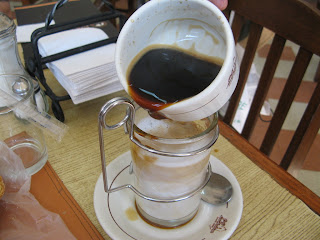 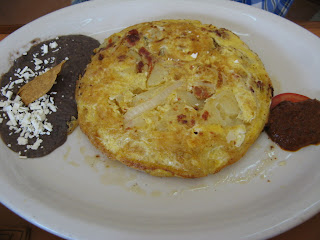 And I had an Omelette La Habana. I confess that I don't remember what Sra. Cuevas had. 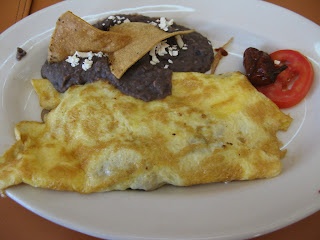 Here are the ratings:
Food: ***
Service: ***
Price: $-$$ Our breakfast for three, with several extra coffees, came to $445 pesos before tip.
Ambience: Old Havana

From Café La Habana, we took a long walk by way of Av. Júarez, stopping into the Museo Mural Diego Rivera at the west end of La Alameda. This was our token nod to culture. The principal attraction is the famed mural, "Sueño de una tarde dominical en la Alameda Central". It's worth seeing and other artists' works are represented.

We also saw an antique carousel. All this was in the western section of La Alameda. For reasons unknown to us, the main part of La Alameda was hidden by fencing. 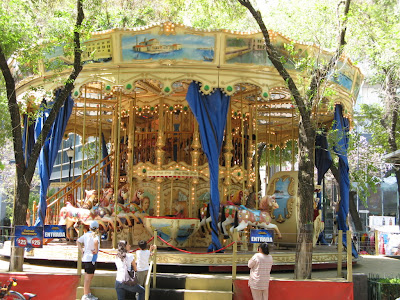 We were on a well trodden tourist track now. We stopped into Sanborn's La Casa de Los Azulejos just for a look, then Dulcería Celaya, without purchasing anything in either place, and onward to El Zócalo. It was as grand as ever. From there, we took a taxi back to our hotel.

Later in the afternoon, we took another taxi to our friends' house in Colonia Roma Sur. That was the most circuitous taxi ride of the weekend, yet the fare wasn't too excessive.

At the house, we conversed a while, then strolled the 8 or 10 blocks to Fonda La Veracruzana. It was Sunday afternoon, and very busy, but we had a table reserved and although it was a bit crowded, it worked o.k.

Instead of going into great detail about each dish, I'll just post a photo with a brief caption and move right along.

These were the blackboard menus of the day, posted just inside. They first two were valid Monday through Friday. I think that the latter two were for the weekend.

A few of us ordered dessert, in the form of Sambuca Negra (recommended!) and at least one cup of coffee. With a bottle of L.A. Cetto Vino Rosado and at least a couple of beers, the total bill was in the range of $1700-$1800 pesos. (I don't have a copy of the ticket.)

On the way back, we walked passed the nearby (around the corner, on C/ Chiapas) attractive restaurant "Con Sabor a Tixtla", which has been described by other food bloggers, but is on our list for our next visit. The cuisine is Guerrerense, and there is an attractive website.
Posted by Don Cuevas at 8:16 AM

Ah! Reading over your last few posts makes me feel less of a failure for not eating at every single place and every single thing I wanted to in the 10 days I had in Mexico City. Clearly a lifetime is not enough to sample it all .... But it is certainly fun to live vicariously, thank you.

Trix, what's important is that you did your best.