We have fond memories of our first visit to Las Quince Letras, back in the early or mid '90s. Thus we anticipated with pleasure a comida there with an expat friend last week. The courtyard is a nice setting, with shrubs; a oasis of cool tranquility. 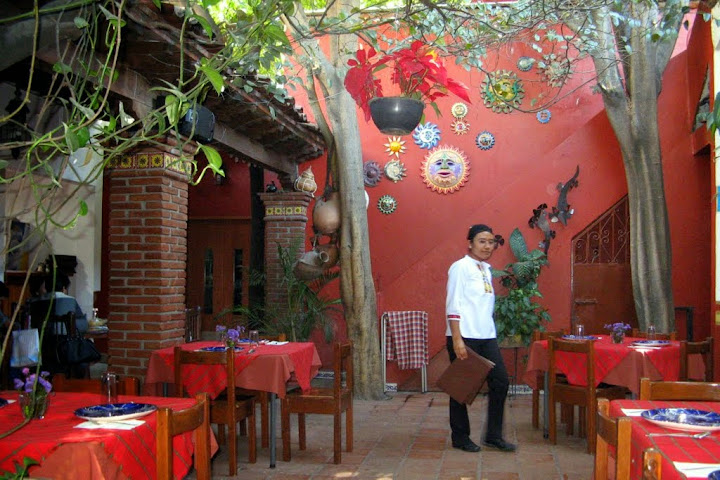 Our helpful waitress recited the options on the set menú del día. It sounded good, especially for only $90 pesos each, so we all ordered the same thing. We were brought a small, pleasant salad of watermelon! We each ordered, separate from the set menu, a very good mescal of the house, followed by a tasty, smooth sopa de frijol negro.

I was a little disappointed that instead of chochoyones, small, indented dumplings of masa, the soup instead had totopos, or sections of crisp corn tortilla, a common garnish for soups all over México. It was a minor letdown. And the soup should have been hotter. 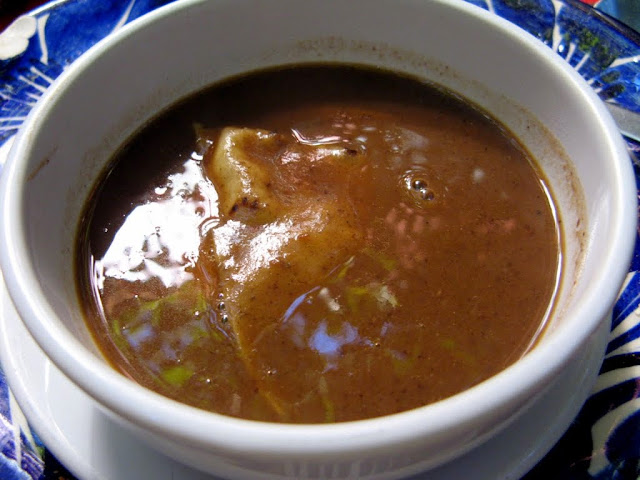 For a main dish, all three of us had Costillas de Cerdo, modest sections of pork ribs in a tangy yellow sauce. Unfortunately, the riblets were undercooked, and just a little tough. The plates came with a small salad and nicely undercooked vegetable garnish to the side. 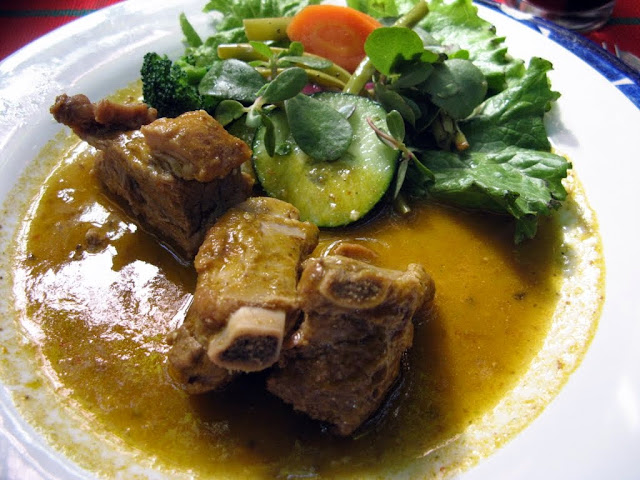 I had a glass of L.A. Cetto vino tinto, which was my error, as it wasn't very compatible with the ribs. The QL wine selection is very limited, and surprisingly, so are the mezcals offered. One each. We all ordered agua mineral (club soda).

The agua de sabor del día was a pitcher of agua de zapote negro, which was not unpleasant, but insipid. Zapote negro fruits may look exotic, but they are very bland.

At the end of the meal, we were brought a small section of pay de limón. Not too bad, except for the gelatinous texture. I ordered a café Americano, which was very poor. It was coffee from a small urn. 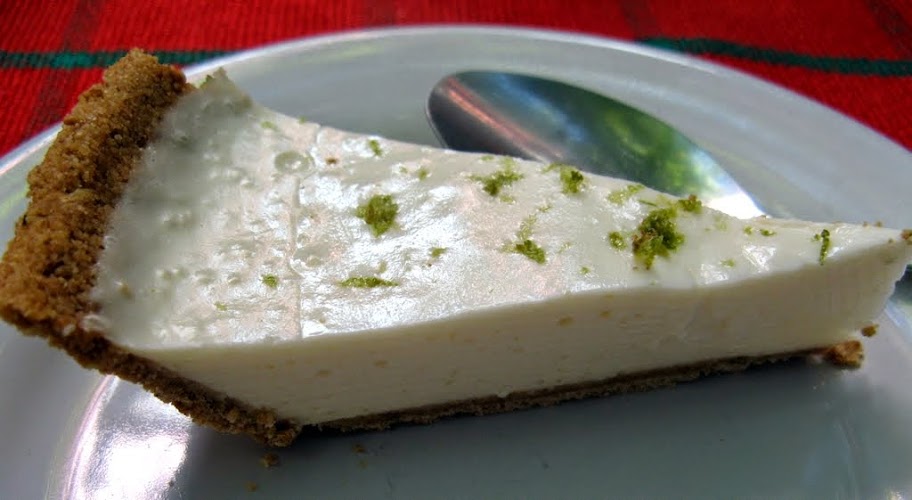 I was unable to resist ordering a tantalizing second dessert, Tamal de Chocolate. I wish I hadn't. Although it looked interesting, the flavors of the tamal and the underlying citric sauce were quite incompatible. 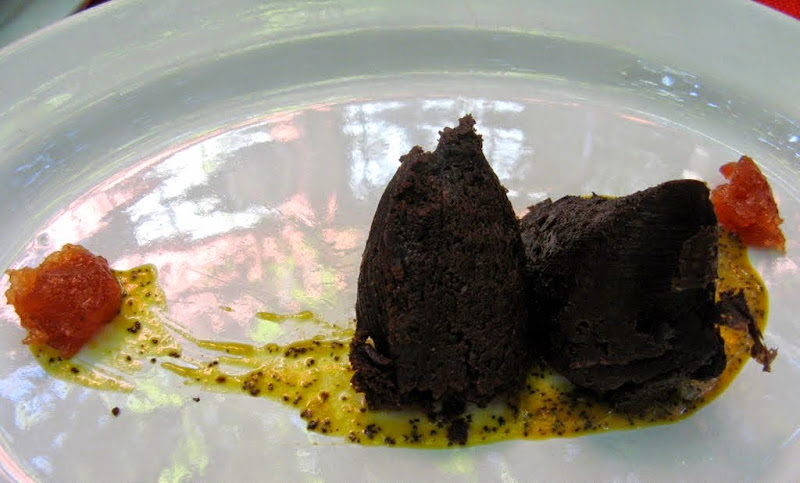 So I have to say, that the meal fell short in a few details, but overall was pleasant. We speculate that we could have a better meal at Las QL if we ordered from the a la carte menu, but frankly, we are not likely to return.

The service was good at the beginning of the meal, but as it progressed, it became increasingly difficult to get a waiter's attention.

Restroom: O.k. But men's room has the light switch hidden inside and a non functional switch just inside the door.

That meal sounds grim. Tepid soup. And ribs are almost always, I think, a bad idea, especially in Mexico where it's usually a bit a gristle attached to a bone. Two desserts?! Get a grip, Don Cuevas.

Felipe;
I barely tasted the Tamal de Chocolate before pushing it aside. But we had much better dining success at a couple of other restaurants. I hope to report on them later today, God give me the strength!

(I just nibbled a bit of "marquesote", a sort of spongecake, and two teatime empanadas de coco await us after our breakfast in a fonda (yet to be chosen) across the street in the mercado.

We came to realize the downsides of all this gourmandizing (but interspersed with long, long walks and swimming), so we decided to come home a lot sooner than originally planned. Of course, we will wallow in one, orgiastic fod frenzy in Mexico City before heading home.

From what you've written on this blog, your meals on this trip started out well and then went from average to worse.