Around The World In Three Days (in Mexico City) 2 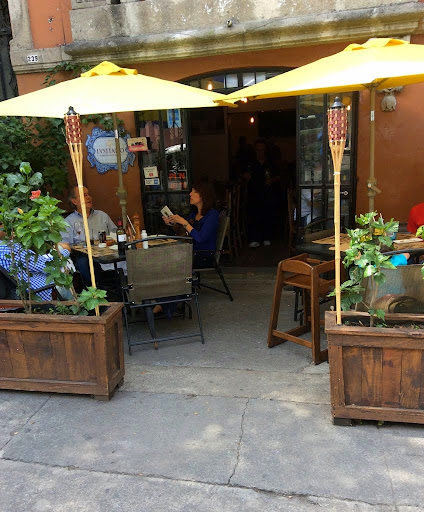 Restaurante Lvsitano is a cute and cozy, informal little place, with friendly staff. There's a general feeling of good cheer

We'd been reading a lot on various food blogs of LVSITANO (the "v" is pronounced as a "u".)

It's at near the west end of Calle Guanajuato, in Colonia Roma Norte, about half a block from Avenida Insurgentes (Mexico City's Amazon River of an avenue.)

Although I'd made a reservation, it was unnecessary as the restaurant was depopulated when we arrived at 4:00 on a Saturday. A couple of hours later, it was packed.

I'd only a fleeting acquaintance with Portuguese cuisine a few years ago, at the Sol Mar Restaurant in Tarrytown, NY, but that's more Brazilian than Peninsular Portuguese.

Once seated, we were brought a basket of very good, crusty bread, a dish of tangy green olives, and a little crock of o.k. tuna paté. 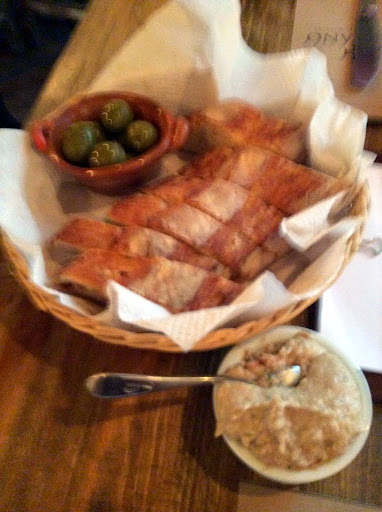 We ordered drinks: a cerveza, a limonada and a large Gin and Tonic for me.

Appetizers are prominently featured and we chose Sardinhas Fritas (good), a little chicken pot pie thing, and shrimp croquettes, small, and with too more dough than shrimp. 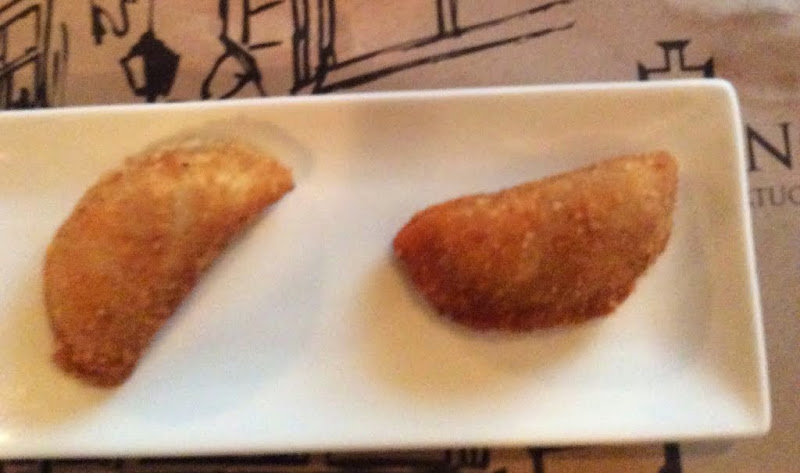 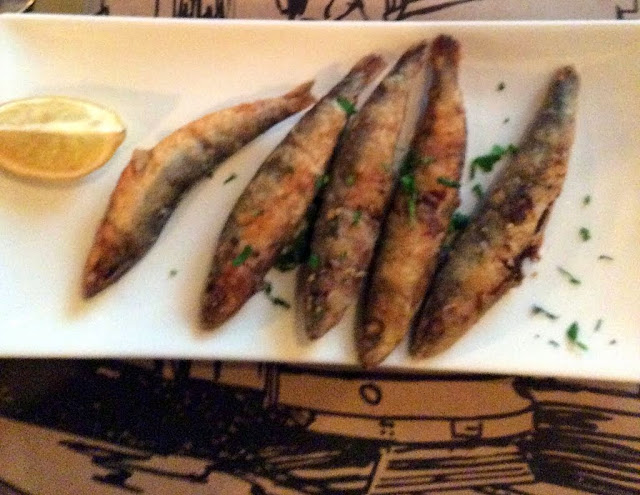 Sra. Cuevas wanted pulpos (octopus) for her main course, but they were out. I steered her to a Pork with Clams Alentejena dish. It was passable, but monotonous. 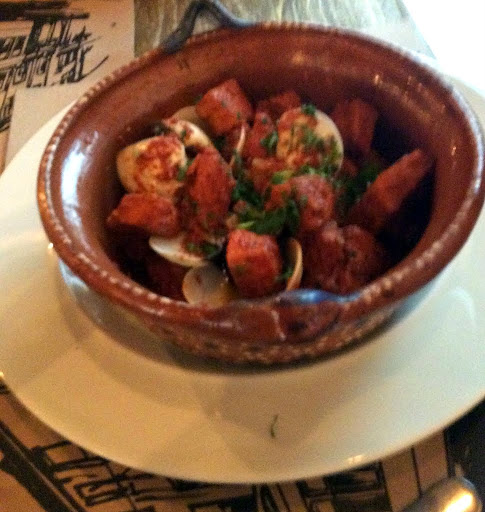 Jennifer had a big loin of cod "Narciso". I don't know what that entails. I must ask her. (Looks like a heap of onions atop a piece of cod.)

This time, we skipped dessert, (expensive!!) and two of us had coffee.

I might go there again, but order differently. They were doing a very impressive Pescado a la Sal, ($600 pesos) and an appetizer which caught my eye: a fat chorizo, grilled over a pottery dish.

Food: ***1/2
Service: ***  (There was a screwup at one point, when we were brought main courses which were obviously ones we hadn't ordered. We firmly rejected them and soon the correct ones arrived.)

The bacalao Narcisco was a Portuguese version of fish and chips.