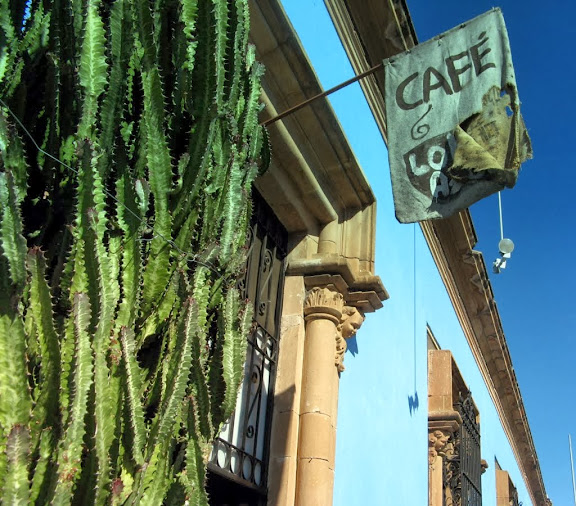 "If I Had a Hammer...
...I'd bludgeon you to boredom with mediocre food and service and a counterculture, leftist ambience." That might be the theme song of Café Lobo Azul Tostadores, Oaxaca.

I should have known what it would be like. A vast, high ceilinged converted, semi-industrial space (the most attractive aspect), Workers of the World look, plastered with posters and icons of the left wing culture, some causes dating back to the 1940s and earlier. In a way, more than a little demeaning to use those causes, meaningful in their time, as wall paper.

I don't want to spend any extra energy on this place, so here's a reprint of a review I did for TripAdvisor. 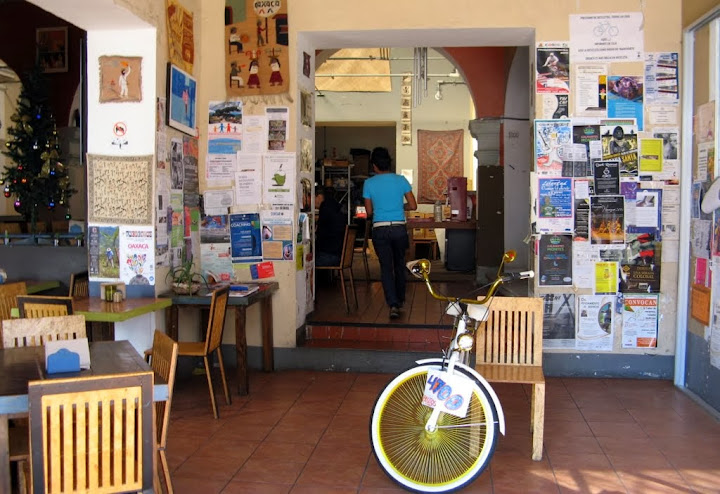 Lobo Azul fulfilled all my preconceptions derived from my prior glances inside. We decided to give it a try and had breakfast there.

Huevos estrellados were passable, Huevos a la Mexicana were under seasoned. House baked bread was of poor quality, porous and crumbly, but above all, nearly tasteless. The accompanying black bean puree was insipid. Coffee, roasted and ground in house, just passable. Orange juice was good, fruit cup o.k. Strawberry jam was delicious. 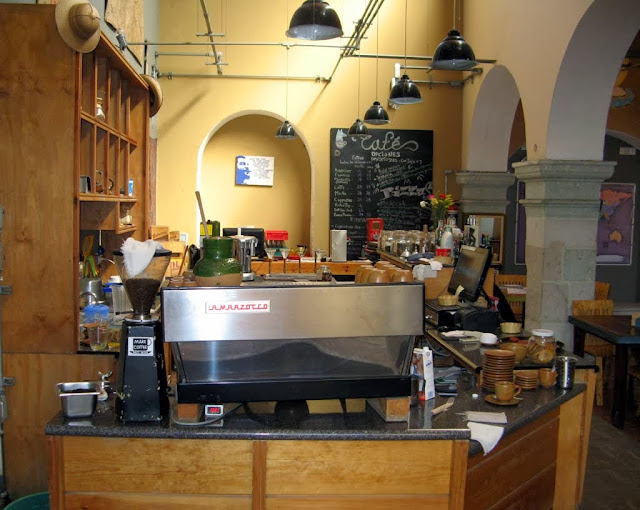 At first, the political posters on the walls were engaging, but soon became annoying through their ubiquitousness and heavy handed propaganda.
I did enjoy the architecture of the semi-industrial interior space.

Service was adequate. Final conclusion: there are other places not far away, such as La Flor de Oaxaca, or Fonda Doña Bety, in the Mercado 20 de noviembre, with much better breakfasts at similar or even lower prices, and without the heavy dose of political propaganda.
Note: they do have nifty posters for condoms in the rest rooms. One can buy condoms in the restaurant, for $5 pesos, which I must admit is an admirable community service. 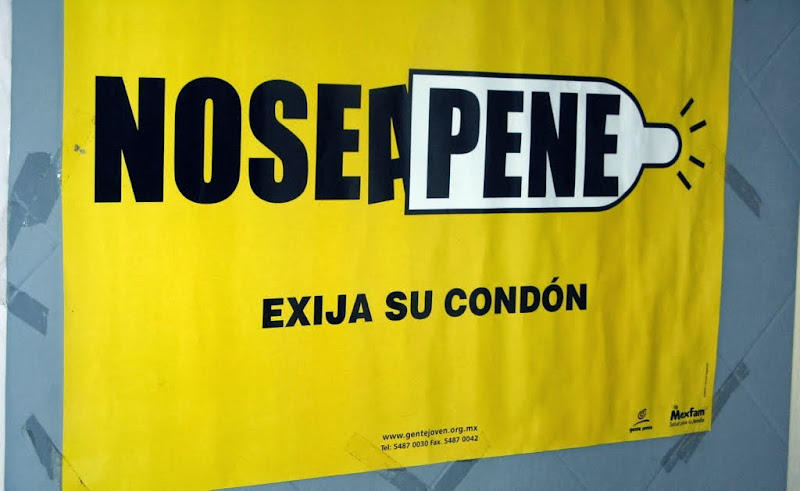 In the 1980s, the Oregon Court of Appeals issued an opinion in an obscenity case -- buttons sold at the county fair, if I recall correctly. The judge writing the opinion was well-known for his humor. He noted that the opinion's holding would did need to recite the language on the buttons. He then added a footnote. Of course, everyone thought the obscene words would be found there. The footnote's content? "Not even in a footnote."

You have carried on the tradition in style. And, yes, I clicked the link.

There are many fine restaurants in my State - sorry this one was a bummer.

Everything organic, respectable ideologies... bad food. I want to eat, not save the the world during breakfast.