A Joint In New Joisey— The Landmark Tavern 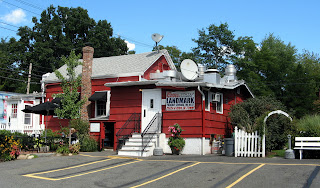 Out in the west Jersey suburbs, where Livingston fringes into East Hanover, lies the Landmark Tavern. This cozy Joisey joint has been in business for many years. Originally it was a stagecoach stop. We'd passed the small, red painted wooden structure many times but until yesterday had never eaten there.

Three in the afternoon, after a harrowing visit to the Short Hills Mall, our moment had arrived to check out the popular pleasures of a classic, New Jersey tavern.

There are steps up from the parking lot. Once inside, you are in a small cavern, dimly illuminated by the light of at least five flat screen TVs. We were greeted by the amiable staff. A small sign on a wall stated,"Keep your hands off the waitress." That got me in the right mood.

Although the menu offers more, such as pizza and steaks, we focused on the famous burger and the baby back ribs.

But first we ordered some beer. Sra. Cuevas had a Guinness Stout, which took about 10 minutes to draw properly. The Yuengling Lager was faster. We also had a decent order of onion rings. We don't think they are made in the tiny restaurant kitchen, but they were fine. 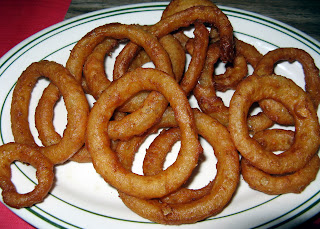 We ordered the big Jersey burger with cheese. It came with a big thick slice of tomato and a tiny spearette of pickle on the side. The sesame seed topped bun was o.k. but not toasted, and the American cheese slice barely melted into the upper surface inside the bun. The burger was cooked medium according to my request, and was juicy and brawny with beefy flavor. Not the greatest hamburger I've ever had, but it filled the ticket. 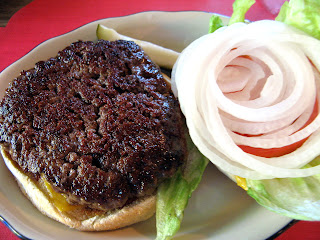 The half rack of ribs was lean, nicely broiled and the lightly applied sauce was just enough. The ribs were accompanied by steakhouse type French fries and lettuce and tomato. 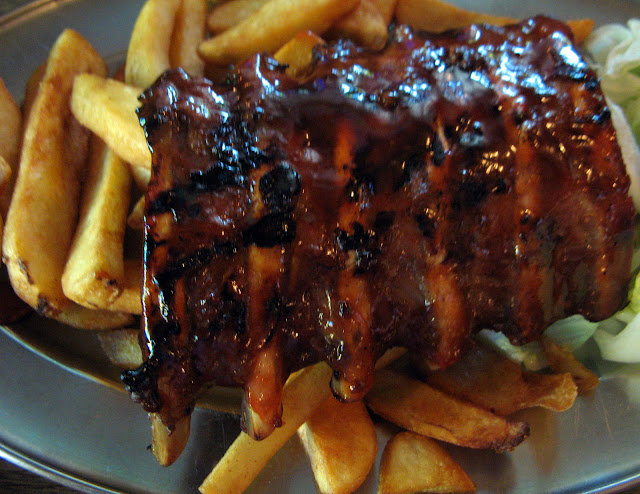 We were satisfied and happy with our meal. Our expectations had been more than met. Service was friendly and personal but sincere. An employee offered to take our picture in front of a mural in the nook. 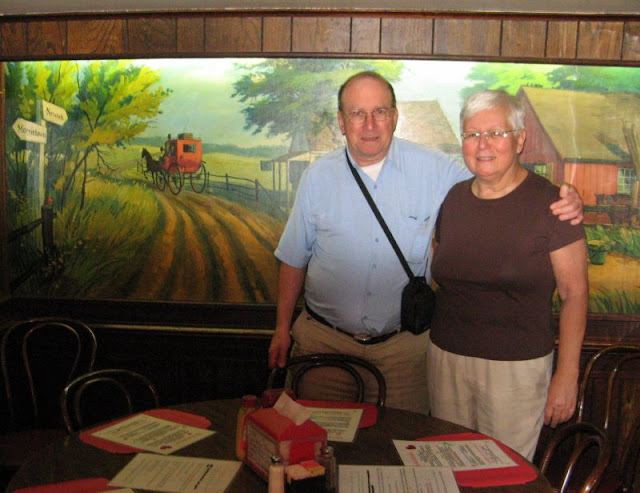