On My 70th Birthday

On My 70th Birthday.

As I drive out, the valley is at its peak of beauty, with green fields and pink cosmos, below mountain peaks holding swirls of clouds. 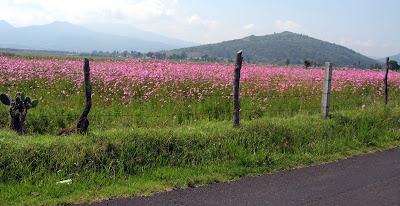 First, I shall go to Panadería La Espiga to buy teleras, crisp crusted and still warm from the oven. 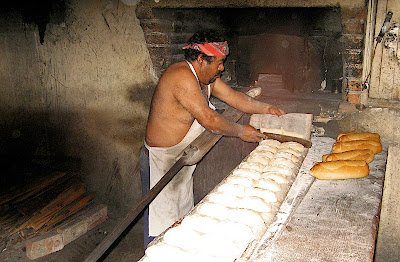 Then shop at Tienda Don Chucho’s for provolone ahumado y chorizo seco.
Next door is the little fruit and vegetable stand which so conveniently avoids the hassles of Pátzcuaro’s main mercado. 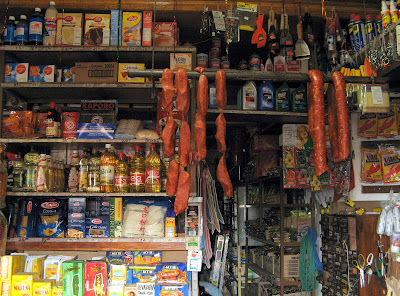 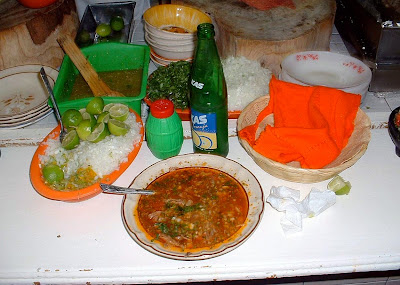 I wil shop at Bodega Aurrerá early, and for as short a time as possible.

I will be smart, and not drive up into Pátzcuaro Centro where parking is tough and some streets may be blocked for the simultaneous celebration of the Anniversary of the Founding of Pátzcuaro and my birthday.

On the way home I would stop near Tzurumutaro near the Pollos Asados Tejaban place.) at Tienda de Abarrotes “Los Fresnos” for water and eggs.

Once home, I would take a nap.

Much later, our amigas/cleaning ladies, Sra. Salud and daughter, Miriam, will prepare a comida for us and a few guests. Things are held up for a couple of hours, the guest list changes every 30 minutes or so, the hostesses “borrow” an onion, a cup of vinegar, some casseroles, and so forth, pero, ni modo. Como México, no hay dos.

Comida consists of a couple of tasty varieties of tostadas (yes, one topping has hot dog bits in it, but it tastes good.) I have impulsively made pizza, with three or four toppings among them. I make ensalada de nopalitos, which is delicious but babosa. (Slimy, drooly.) We will drink pitchers of agua fresca de jamaica. Our dessert will be various gelatinas en cacerola, with fresh fruits cut up onto it, and strawberry yogurt.
See slideshow for details.
The guests will sing “Las Mañanitas”  to me.


It was a strange, constantly unpredictable, yet lovely day. September 28, 2012


September 29 brought a surprise. After resting much of the day, I decided in the later afternoon to take a little walk. I scarcely had reached the church on our street, when I heard mariachi music coming from the house of Miguel and Sara, set back from the street. I followed my curiosity and found the source of the music and merriment. People were dancing, There were many I know, including the lively and friendly couple that plies the roads in their truck, selling cleaning supplies.

The hosts invited me to partake of the music, a jáibol and afterwards, some mole de pollo y corundas. I was given a place of honor next to Don Miguel, 82 years old, as my name is "Miguel" also*. I even got a request song, "La Negra", played by the mariachis. After, of course, "La Mañanitas".

Happy belated birthday. Looks like it was a good one.

Happy Birthday! My sister sings me "Las Mananitas", on my mine. What are "Uchepos? They look like tamales in the photo.

And I´ll bet you didn´t sleep late anyway.....Birthday Greetings with Champage wishes to you Amigo, enjoy the next decade or two ...

Andean, They are like little tamales, but with sweet corn masa served with quest fresco and cream.....my downfall to boot!

Oy! I see now that I have TWO of the same slideshows!

Thanks for filling in for me on the unfilled uchepos explanation. (Also, they are made of ground sweetened fresh corn. See the picture in the slide show.) I was taking a nap when Andean wrote. And thanks to all for the birthday greetings.

Ahh, I know those as "humitas" in the Andes, made from sweet corn masa, also.
They are yummy, I would eat them for breakfast, lunch, snack...

I am glad to know it was a happy day. There is nothing like flipping those pages on the calendar(s).

It was a very good idea that you whipped up those pizzas to go along with the Russian salad.

I had 2 slices for my early breakfast, after working on this blog.
There's one slice left.